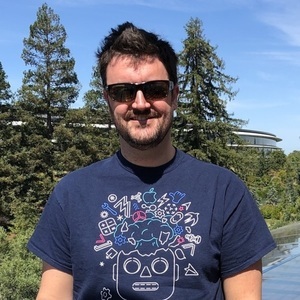 Ben grew up in and around Orlando, Florida and has been a nerd of one kind or another his entire life. Whether that be an A/V geek in middle and high school, a gadget fanatic in college, or a generalist tech obsessive now in his 30s, technology of all kinds has been a passion of his for as long as he can remember. He's been a professional developer for almost a decade, but was coding long before then.

In a completely unexpected turn, he caught the teaching bug 5 years ago. Between an almost three year stint teaching Mobile Engineering at The Iron Yard, and a little over a year as Program Manager of the iOS program at Lambda School, teaching and mentorship of junior developers has become Ben's passion.

When not coding or teaching, Ben enjoys scuba diving, VR, drone flying, and anything else that helps him learn more about the world.